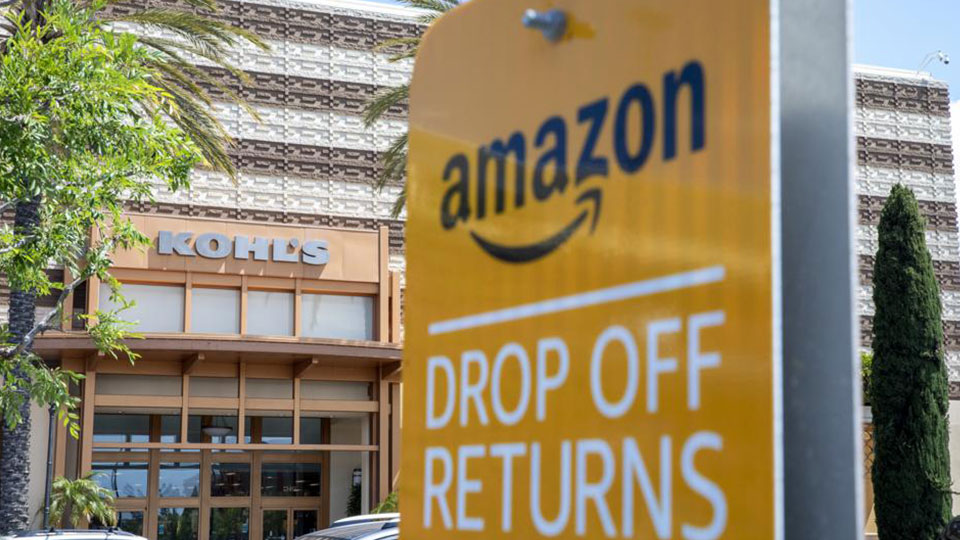 Kohl’ +2.8%KSSs latest earnings report reads like the tale of a young high schooler excited to go to the prom only to be left by his or her date for someone hotter at the last minute. It is one part Can’t Hardly Wait and another part Carrie. On the one end, one can sense the excitement, but, on the other end, the results are just sheer terrifying.

While many of Kohl’s off-mall competitors (a strategic aspect of its stores that Kohl’s loves to flaunt) have been flourishing, Kohl’s sales were down 23% over the last quarter, a stark contrast to the performance at places like Walmart WMT +0.9%, Home Depot HD -0.9%, and most especially Target TGT -0.7%, where Target’s same-store sales were up an insane flipt-the-script 24%.

Which begs the question — if they all can do it, why can’t Kohl’s?

It is because Kohl’s isn’t like any of the companies just named. Yes, Kohl’s is off-mall, but being off-mall doesn’t mean anything. It is akin to saying a store will succeed because it has a parking lot. Success requires a reason for being, which the aforementioned clearly do, while Kohl’s clearly does not.

Home Depot, Lowe’s LOW -1.7%, Walmart, even Target, while great retailers in many aspects, have also been just plain lucky. Fortunately for them, their stores still have a collective reason for being amid the pandemic. They sit in the unique intersection of essential classifications (grocery), closed shopping malls, bankrupt apparel competition, and an overall national zeitgeist to spend the money once spent on vacations for things like eating at home or remodeling one’s back porch deck.

Kohl’s, like it or not, in the mind of the American consumer, is right now no better and no different than Macy’s, J.C. Penney, or any or other garden variety department store.

Over the last year, Kohl’s has garnered significant fanfare from its online return partnership with Amazon, a program that Kohl’s continues to say is having a positive impact on overall results even though the company has little top line gains to show for it.

Similarly, Kohl’s also announced a few years back that it planned to put Aldi stores into a few of its footprints as well, but nothing much has come of this initiative, and Kohl’s has shared little on its progress to date despite multiple past requests from this author for such updates.

While neither idea has blown the doors off anything, a simple “yes, and” (my quotes) improvisation on the above two ideas could be all Kohl’s needs to make it relevant again and, more importantly, for consumers to continue walking through its doors decades from now.

Put simply, since Kohl’s is already one large back seat of Jeep Cherokee away from going the whole way with Amazon, it might as well just get it over with and put Amazon Go AMZN 0.0% inside its four walls, too.

Not surprisingly, Kohl’s did not return my request for comment and Amazon also politely declined to comment on the above speculation, but think about it. The marriage would be perfect.

Kohl’s is indeed off-mall, meaning its stores are located in many of the suburban strip centers that facilitate one-stop shopping, similar to what has buoyed companies like Walmart and Target of late. Kohl’s could then be classified as “essential” through the addition of food, and, most importantly, suburban moms and dads could get more done with their time both pre- and post-pandemic.

Amazon already has Go working at scale from 3,000 to 10,000 square feet, inclusive of groceries. So, if Kohl’s is already willing to unbutton its drawers to solve one of Amazon’s biggest problems for it already (online returns), what sense is there in holding out the grocery honey pot?

Kohl’s could essentially say, “Come on in Amazon. We’ll give you whatever square footage you want. Just give us a long-term commitment and the promise that you won’t put any other grocery stores within a certain square mile radius of our stores and we’re good.”

Heck, Kohl’s could even give the space to Amazon for free.

Think this idea is crazy?

What’s the counterfactual? Someone else does it? Or, better yet, Kohl’s does nothing and stays just like Macy’s, J.C. Penney, or Bed Bath and Beyond BBBY -2.9% and goes the way of the dodo all on its own and at an even faster pace because of COVID-19? The pandemic, if anything, is the exact right time to put something like this into action because the risk premium on experimentation is lower.

Yes, no matter how one slices it, the case is pretty clear cut — it is time Kohl’s and Amazon face up to the fact that they have been acting like two teenagers making out on a dance floor who should just get a darn room already.